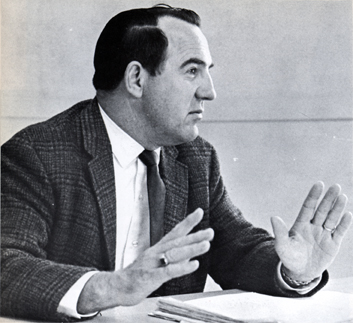 Paul Winters, a beloved professor and mentor who led University of the Pacific’s debate team to national prominence, died Thursday, January 30, 2014. He was 89.

David Bloom, 39, was the winner of 1985 Copeland Award. He died from Pulmonary embolism in Baghdad, Iraq while embedded with US troops

David Bloom was co-anchor of the weekend editions of “Today” since March 2000. An extremely skilled and tenacious reporter, he also covered a number of major news stories for NBC News, including reporting from Israel on the escalating violence in the Middle East, the war on terrorism at home, and the recovery efforts from Ground Zero and the Washington, D.C. sniper story. Most recently, Bloom has been embedded with the U.S. Army’s Third Infantry Division reporting on the war with Iraq.

Prior to joining “Today,” Bloom was NBC News’ White house Correspondent from 1997 to 2000. Covering the White House beat during one of the businest news cycles, Bloom reported on the Maryland Peace Summit with Yassir Arafat and Benjamin Netanyahu, on Operation Desert Fox and the NATO bombings in Kosovo. In addition, Bloom reported extensively on the impeachment of President Clinton and the Lewinsky scandal. He reported from the White House for all NBC News broadcasts, including “Nightly News with Tom Brokaw,” “Today,” MSNBC, NBC’s 24-hour news and information network, and CNBC.

Prior to being named White House Correspondent, Bloom was a Los Angeles-based correspondent for NBC News since May 1995. In that capacity, he reported extensively on the Unabomber, the Freeman standoff and the war in Bosnia. He also covered Bob Dole’s 1996 Presidential campaign and the O.J. Simpson criminal and civil trials. David Bloom first joined NBC News as a correspondent based in Chicago in 1993. Prior to that, he had been a general assignment and investigative reporter for WTVJ, the NBC-owned television station in Miami, since November 1989. While at WTVJ, Bloom contributed many reports to NBC News broadcasts. He provided extensive coverage of the U.S. military buildup off Haiti for “NBC Nightly News” and “Today.” He contributed a report about the police investigation and capture of a Florida serial killer for “Dateline NBC” and reported from Cuba during “Today’s” trip to that country in 1991. He also covered other major news stories such as Hurricanes Andrew and Emily, the Somali famine, the Midwest floods, the ATF siege of Branch Dividians in Waco, Texas, the escape of Colombian drug lord Pablo Escobar and the coup in Haiti. Bloom is the co-recipient of the 1992 George Foster Peabody Award and an RTNDA Edward R. Murrow Award for his coverage of Hurricane Andrew. He received a 1991 Regional Emmy Award for Investigative Journalism for his report on South Florida’s role in the shipment of arms to Iraq. David Bloom attended Pitzer College in Claremont, Calif. from 1981 to 1985.

James Al Johnson, former Director of the NDT 1990-1992 passed away in Colorado Springs December 28, 2012. He was former professor of economics, registrar, and debate coach at Colorado College, was named outstanding forensics educator by the American Forensics Association. During his nearly 50-year career at CC, Johnson directed three national debate tournaments, co-founded the Cross Examination Debate Association in 1972, and founded the National Parliamentary Debate Association in 1993. He will be missed
.

Forrest Conklin, coach of the National Championship team from Carson Newman, passed away at his retirement home, in Knoxville, Tennessee April 2011.  He had served as Director of Forensics, at the University of Northern Iowa until 1978, and continued as a Professor thereafter, until his retirement, in the late 90s.  His wife was also a tenured professor at UNI, and retired at the same time.  Among his debaters at UNI were Neal and Dana Phillips.

Prof. John (Jack) A. Lynch passed away Dec 2 2010. He was 89 years old. Professor Lynch was the long time coach at St. Anselm College. In 1948, he founded the St. Thomas More Debate Society and had such great success that he was named chosen as the national collegiate debate coach of the year in 1970. In his 46 years as coach, he authored more than 30 handbooks on national college debate topics. See memories of his long and influential career.

Douglas Duke passed away on March 14th, 2010.  A teacher for 46 years, Douglas Duke spent much of his coaching time with the University of Central Oklahoma.  His college coaching career began back in 1962 when he coached at Southeastern State College in Durant, OK.  He transferred to the University of Central Oklahoma in 1968 and remained there until his retirement in 2006. 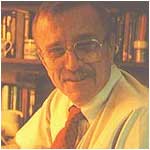 “There are 150 urban public schools that have debate programs as a result of his work with the National Association for Urban Debate Leagues,” said Eric Tucker, deputy director of the organization, which Mr. Deatherage joined last year as executive director after leaving Northwestern.

He began coaching debate at Northwestern University in 1986 and became director of its Debate Society in 1990. Seven times, his team won the National Debate Tournament, the Super Bowl of debate for college and university students. He also coached four debaters to individual “top speaker” awards and was voted “Coach of the Decade” for the 1990s by his peers. Obituaries: Chicago Sun Times; Chicago Tribune; Picture Coach of the Year Award 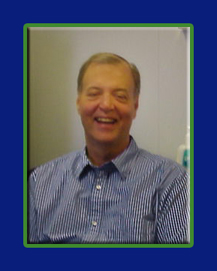 John Gossett passed away in Dallas, TX June 7th 2009after a long illness. John served as a teaching assistant and debate coach at the University of Houston from 1974-1976, and then earned his Ph.D. from the University of Southern California completing his degree in 1979. Before coming to North Texas, he served as the Director at the University of Northern Iowa (1979-1981). Gossett was a member of the North Texas faculty for 28 years, serving as Dept chair for 17 years and as Dir. of Debate for ten years. He was a member of the NDT Committee from 1982 to 1990, and a member of the NDT Board of Trustees from 1992-2002, (serving as chair for four years). Dr. Gossett was a driving force in the southwest for debate serving as the district chair and host multiple times. Gossett lead the North Texas debate program to be a perennial 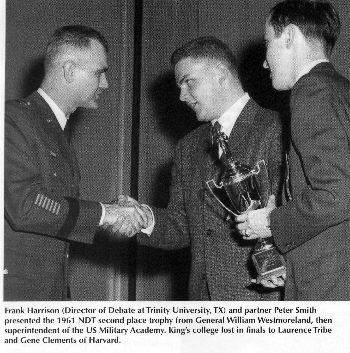 qualifier for the National Debate Tournament.

Frank Harrison passed away Monday, June 1 2009, at his home in Galveston, TX. Frank was the Director of Debate at Trinity University for twenty years. During that time he was a tremendous coach, teacher, and friend to countless debaters both at Trinity University and within the debate community at large. At the 1961 National Debate Tournament, Frank was third speaker and final round participant for King’s College. He later earned a degree from Harvard Law and served as a United States Representative for the state of Pennsylvania. Debate, however, was his passion. He was the 2003 Dr. Lucy M. Keele Award winner, chair of the National Debate Tournament committee, and host of the 1991 National Debate Tournament. Although he had success coaching throughout the nation, his heart was always with the American Debate Association where he served in almost every official capacity including president.

Michael Pfau, Professor and Chair, Communication, University of Oklahoma passed away March 11, 2009. Mike was the long-serving and extremely successful Director of Debate at Augustana College, SD in the 70s-80s. He earned a Ph.D. at the University and served 8 years as Professor and the Director of Graduate Studies in the School of Journalism and Mass Communication at the University of Wisconsin-Madison. He was department chair at the University of Oklahoma for a decade. Mike authored/edited 7 books, most recently, Mediating the Vote: The Changing Media Landscape in U.S. Presidential Campaigns (2007), authored or co-authored more than 100 articles and book chapters, and was a leading figure in the political communication field. Obiturary 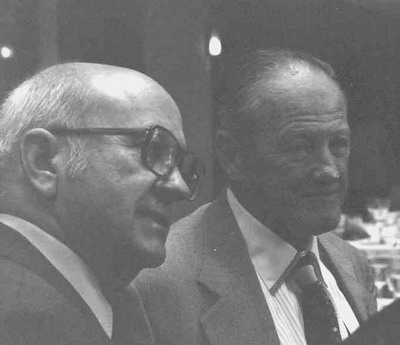 aring a piece of graduation cake by his wife, Amber Bell.

Constitutional scholar Laurence Tribe offered this tribute:
“For most of us during the crucial decade and a half starting in the mid-1970s – the decade in which many of us came of age or settled into our lifetime careers – Jimmy Unger WAS debate, debate as high art, debate as ritual, debate as relentless analysis, debate as bloodless battle. He lived it, breathed it, epitomized it, enjoyed it, perfected it, practiced it, and made it a permanent part of our lives. For all of that, and for the inestimable wit and twinkling wisdom that Jimmy exuded for so many years, we will all owe him a huge and permanent debt. May his memory live forever in and through those of us who cared about him and who were lucky enough to be his friends.”

A Coaching Award for the coach of the top 1st round team was announced at his memorial service, May 3rd in Washington DC

John Wallen – Claremont – passed away on May 8 in California. John was an imposing force in debate in southernCalifornia and across the country. He coached many great teams at USC, Redlands, and at Claremont. 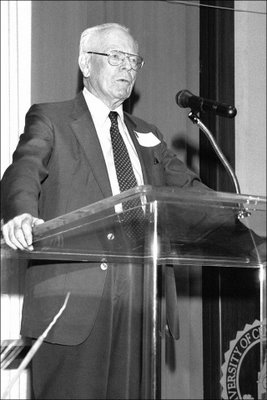